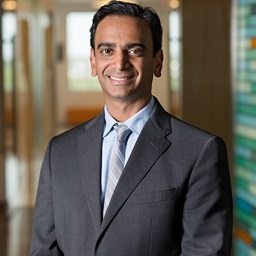 DEAR MAYO CLINIC: How does HIPEC work? Why is it only used on patients with late-stage cancers?

ANSWER: HIPEC stands for hyperthermic intraperitoneal chemotherapy. “Hyperthermic” means warm or hot. “Intraperitoneal” means inside the abdominal cavity, which is encased in a sac called the peritoneum. And “chemotherapy” is cancer treatment that uses powerful chemicals to kill fast-growing cancer cells in the body.

HIPEC works by using high-dose chemotherapy to kill microscopic cancer cells inside the abdominal cavity. The procedure is performed in conjunction with cancer surgery. It’s used only for people who have cancer that has spread inside the abdomen, because they are the group most likely to see benefits from this treatment.

HIPEC is a unique treatment designed to combat cancer that has spread inside the abdominal cavity, such as advanced or metastatic cancer of the colon , ovary and appendix. It also may be used to treat mesothelioma, a rare type of cancer affecting the thin layer of tissue that covers many internal organs.

The HIPEC procedure is performed after a surgeon has removed all the cancer seen inside the abdomen. Then, the abdominal cavity is bathed with hot chemotherapy to kill any microscopic cancer cells that might still be present. The specific type of chemotherapy used for HIPEC varies depending on the type of cancer being treated. Heating the chemotherapy drugs enhances the procedure’s effectiveness. That’s because, when it’s hot, chemotherapy penetrates the tissue more deeply, increasing the number of cancer cells it can reach.

One of the significant benefits of HIPEC is that it allows for a high dose of chemotherapy to be given to the area that needs it with minimal chemotherapy exposure to the rest of the body. That means the typical side effects of chemotherapy, such as hair loss, diarrhea and mouth sores, often can be avoided.

There can be other side effects associated with HIPEC, however. To get the best effect with this procedure, the chemotherapy is left inside the abdominal cavity for about 90 minutes before removal. Within that timeframe, some of the medication is absorbed into the body. That can have the effect of decreasing the number of white blood cells and platelets in the bloodstream, making a person more vulnerable to infections.

Given that surgery for these late-stage cancers often involves removing multiple internal organs, the risk of surgical complications, such as bleeding, infection and death, is already higher than a typical surgical procedure. When chemotherapy is added to the surgery, those risks increase. With that in mind, HIPEC usually is offered only to those individuals for whom other cancer treatment options are not available or already have proven unsuccessful. Research has shown that, in carefully selected patients, HIPEC increases the survival rate for patients whose late-stage cancers affect the abdominal cavity.

At this time, a number of select health care facilities across the world have HIPEC available. These centers provide a great deal of specialization and coordination among medical specialties, as well a significant amount of operational support and resources. In the U.S., Mayo Clinic is among the handful of medical centers that provides HIPEC as an option to its patients. — Sanjay Bagaria, M.D., surgical oncologist, Mayo Clinic, Jacksonville, Fla.