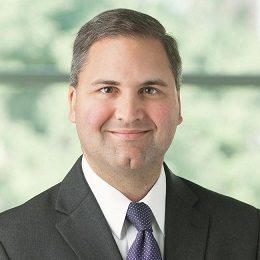 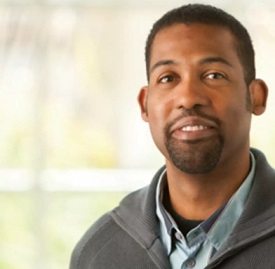 The peritoneum is a thin layer of tissue that lines the abdomen and covers all of the abdominal organs such as the intestines, liver, spleen, uterus, bladder and rectum. Sometimes cancer cells can break off from the main tumor and implant themselves in the peritoneum of other organs and tissues. When the tumor begins to grow, you may develop pain and debilitating symptoms. It can also cause bowel obstructions, fluid build-up, nausea and loss of appetite that may make eating difficult and even impossible. These symptoms can also prevent you from getting effective medical therapy, leading to a poor prognosis. But there is hope.

If you or a loved one has peritoneal metastasis, you need specialists who are experienced at offering the most effective treatments in a caring and compassionate environment. The specialists at Nebraska Medicine are one of the early adopters of a unique and effective therapy that promotes long-term survival of peritoneal and metastasized peritoneal cancers.

WHY NEBRASKA MEDICINE FOR PERITONEAL CANCER?
You’ll be Seen by Experts in Peritoneal Cancers
The specialists at Nebraska Medicine are among the most experienced in the region in the management of peritoneal cancer or metastasized peritoneal cancers. Our specialists receive referrals locally, regionally, across the country and internationally for treatment of these cancers.

Leading Edge Treatments
You will be evaluated for treatment that involves the most effective medical therapies combined with the most innovative surgical procedures. Often surgical management includes two components:

Removal of the visible tumor through a procedure called surgical cytoreduction (CRS), also called tumor debulking.
This is followed by hyperthermic intraperitoneal chemotherapy (HIPEC), an innovative therapy that when combined with CRS, has resulted in long-term survival. Below is a synopsis of each component of surgical therapy.
Surgical Cytoreduction (CRS)
The goal of surgical cytoreduction is to remove all visible sites of the cancer. This often is very challenging and can involve removal of several abdominal organs. Optimal tumor removal is necessary with the goal of removing all visible or debulking down to the smallest residual tumor burden to maximize the second component of treatment, HIPEC. With peritoneal metastasis, even when all visible disease is removed, microscopic cells in the peritoneal cavity often remain and can lead to rapid recurrence of the disease. At Nebraska Medicine, CRS is followed by HIPEC to destroy these cells as well as small nodules that may not be amenable to removal.

Hyperthermic Intraperitoneal Chemotherapy (HIPEC)
This therapy involves instilling a heated solution of chemotherapy in the abdominal cavity to kill any remaining small tumor nodules and microscopic cells. The chemotherapy doses given at the time of surgery are substantially higher than intravenous (IV) chemotherapy and are given directly to the site and surfaces where the tumors had grown and/or could recur or re-implant. Research has shown that heat by itself kills cancer cells; however, heat combined with chemotherapy amplifies the chemo’s effectiveness. HIPEC uses both heat and chemotherapy mechanisms to induce cancer cell death. Several national and international centers and providers including Nebraska Medicine, have published reports about the addition of HIPEC to CRS, demonstrating that the therapy is not only safe but can lead to survival improvement for patients.

Recovery is typically the same as for any major abdominal surgery. Depending on the type of cancer, HIPEC may or may not also include the administration of IV chemotherapy. In diseases like colon and ovarian cancers, IV chemotherapy is often administered; and depending on each patient, it can be given before and/or after CRS and HIPEC. The goal is to eradicate all visible disease, which has been one of the most important factors in reducing short-term relapse and extending survival for people with peritoneal metastasis.

This type of spread is called peritoneal metastasis or carcinomatosis and commonly occurs from cancers that originate from the colon, stomach, appendix, small intestine, ovary, pancreas and peritoneal mesothelioma. Occasionally, cancers can originate outside the abdominal cavity such as breast cancer, and can cause carcinomatosis. Regardless of the origin of the cancer, tumors that spread in the peritoneal cavity often share a common feature in that they tend to over-express glycoprotein molecules. The medical specialists at Nebraska Medicine are actively collaborating with our researchers who are experts in glycoprotein research, to understand the role of glycoproteins and opportunities for developing novel therapies.

Appendix
All cancers of the appendix should be evaluated at a medical facility that offers CRS and HIPEC. The most common form of appendix cancer is mucinous adenocarcinoma, which appears in a low-grade and high-grade form. Another name for mucinous appendix tumors is pseudomyxoma peritonei (PMP). Low-grade tumors are known as disseminated peritoneal adenomucinosis (DPAM) and high-grade tumors are called peritoneal mucinous carcinomatosis (PMCA). Both low and high-grade mucinous appendix tumors often can be successfully treated with CRS and HIPEC. In fact, the development of HIPEC was first used and optimized for the treatment of appendix cancers. Historically, these tumors were one of the most difficult to treat due to the propensity of this disease to spread and to recur after surgical removal. In addition to the poor survival, quality of life for these patients was poor due to bowel obstruction, malnutrition and bowel fistulas. The median survival for high-grade appendix tumors before optimal use of CRS and HIPEC was introduced was typically less than a year. CRS combined with HIPEC has changed the survival course for many patients with appendix cancer and a meaningful subset and has resulted in a lifetime without relapse. The CRS and HIPEC procedure is the most important treatment for patients with appendix carcinomas who are candidates for the surgery. High-grade appendix tumors (HGAT) can be mucinous (PMCA), signet cell, goblet cell (adenocarcinoid) and non-mucinous adenocarcinomas. Intravenous chemotherapy is often used similar to the chemotherapy used in colon cancer.

Peritoneal Mesothelioma
This is a rare form of peritoneal cancer and represents about 5 to 10 percent of mesothelioma patients. It is much less common than pleural mesothelioma. All patients with peritoneal mesothelioma should be evaluated at an experienced medical center for CRS and HIPEC. Like appendix cancer with peritoneal metastasis, CRS combined with HIPEC is the most important treatment in achieving long-term remission in patients with optimally resectable disease. Like HGAT, IV chemotherapy may be given for optimal management and achieving best outcomes.

Ovarian, Gastric, Pancreas, and Small Bowel Cancers
These are some additional cancers in which CRS and HIPEC have been used with benefit. If you have one of these types of cancers, you can be evaluated to determine whether you are a candidate for this procedure.