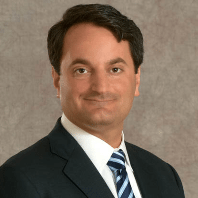 Stages of the HIPEC Procedure

HIPEC is can be described as a two-stage procedure. In the first stage, any tumors that can be seen with the naked eye are removed by a surgeon. This stage is referred to as the cytoreductive or “debulking” stage. It can take several hours to remove all visible cancerous tissue.

Second, a chemotherapy solution is heated to approximately 42 degrees Celsius (roughly 105 degrees Fahrenheit), and is circulated constantly within the surgical site for up to 90 minutes in an attempt to kill any unseen cancer cells. This can be done through two methods, known as the “open” and “closed” methods, which vary based on how much of the surgical site is left open while the chemotherapy is circulated inside. The most common used chemotherapy agents used include mitomycin, cysplatin, oxaliplatin, and irinotican.

Heating the chemotherapy provides two unique advantages. First, it allows the chemotherapy to slightly penetrate the abdominal walls, which can kill unseen cancer cells. Second, a higher temperature also increases its cancer-killing ability, while reducing effects on normal cells. In addition, a higher dose of chemotherapy can be used in HIPEC than traditional intravenous methods because the body does not absorb the chemotherapy the same way through cavity walls as it does through the bloodstream. The side effects commonly associated with chemotherapy are greatly reduced.

After a successful HIPEC surgery, patients tend to stay in the hospital for five to seven days for recovery. Most patients return to normal work activity within a month in the treatment is successful. HIPEC does carry possible side effects and complications, including gastrointestinal leaks or fistulas, impaired healing of the abdominal wall, blood clots, bone marrow suppression or pulmonary complications.

The CADC has the world-class surgical and oncologic capabilities needed perform HIPEC, and our physicians will work with you and each other to determine the best course of treatment. In addition, the CADC also offers complimentary services that are at no cost to its patients, including nutrition counseling and supportive counseling from a social worker before and after your procedure, and genetic counseling when applicable.