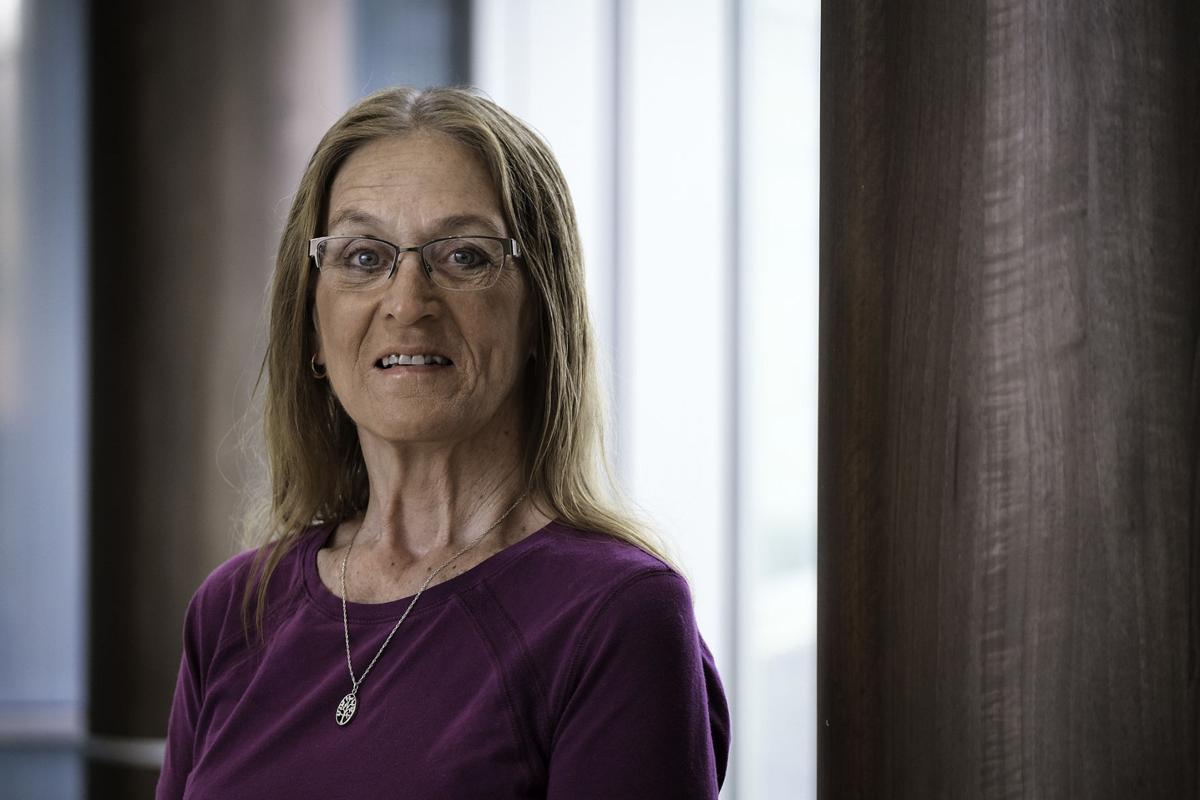 Susan Mays, of Du Quoin, noticed some subtle changes in her regular bathroom habits in spring 2019, so she called her primary care physician. She saw Kathy Laird, nurse practitioner, who expressed concern and started running tests.

“I felt anxious, but not really fearful. I knew it would turn out OK,” Mays said.

Tanios said Mays’ only symptom initially was anemia. She did not have any other complaints. She had a colonoscopy in July 2019 that showed a mass on the right side of her colon.

Tanios explained cancers that develop on the right side of the colon often grow for years without causing symptoms that often accompany cancer, such as weight loss and bleeding. These cancers are often found during a routine colonoscopy.

Stage 3 cancer is curable, but the cure rates vary.

Mays was told she had late-stage colon cancer. Tanios said it was stage 3C.

“It was quite a shock, but I knew something was wrong,” she said.

Tanios said she would have reached stage 4 if another two or three months had passed before she saw a doctor.

“Anyone with an iron deficiency at age 50 or older needs to have a full evaluation of their abdomen to make sure they do not have cancer,” he said. “I can fix an iron deficiency in four weeks, but I need to know why it happened.”

Shankar said Mays needed surgery to remove the tumor. After discussing her case, it was decided that she would also have HIPEC or hyperthermic intraperitoneal chemotherapy.

HIPEC is a treatment that pumps heated chemotherapy drugs into a patient’s abdomen. Once the drugs are in place, the patient is put into different positions and staff shakes their belly to make sure the chemo reaches all parts of the abdomen. The procedure lasts about 90 minutes. HIPEC comes into contact and kills individual cancer cells.

“If I didn’t do HIPEC, she would be at very high risk for a reoccurrence of her cancer,” Shankar said. “Intravenous chemotherapy can only do so much.”

When Shankar came to SIH Cancer Institute in 2016, he brought along his interest in HIPEC. The process is a big undertaking that takes time to put together. Staff has to be trained in the procedure, operating room staff and nurses on the ICU. The process interrupts the patient’s immune system, so it requires extra diligence to keep the patient well.

“We had to put all these things into place,” Shankar said.

The procedure has been used on 41 patients.

Mays underwent six months of chemotherapy, which she completed in March of 2020, just before COVID-19 shut everything down. In mid-March of this year, she is considered cancer free.

She visits the cancer institute every three months for follow up.

“Susan is full of life and has no complaints,” Tanios said.

He added that her CT scan and circulating tumor DNA tests show she is still in remission.

“She’s a success story,” Shankar said. “I hope she continues to do well.”

Original article by Marilyn Halstead in the Southern Illinoisan