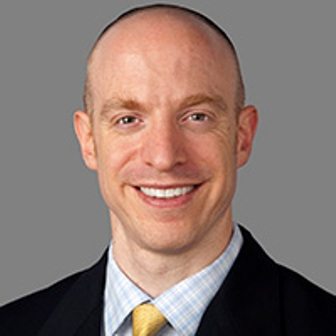 He’s the guy you would want on your crew in a Zombie apocalypse: a surgeon with military combat experience who also can lead a minyan.
Emory University School of Medicine’s Joshua H. Winer is a general surgical oncologist who served in an anti-tank unit of the Nahal Brigade in the Israel Defense Forces in the early 2000s. But since moving to Atlanta in 2013, the Toco Hills resident, Congregation Beth Jacob member and father of four has been busy fighting cancer with an innovative chemotherapy procedure.

The Massachusetts native and University of Maryland medical school graduate is one of the few surgeons in Georgia to practice hyperthermic intraperitoneal chemotherapy, or HIPEC. HIPEC is a surgery “where you have to be patient and take your time,” Joshua H. Winer says. The HIPEC procedure delivers a highly concentrated, heated chemotherapy treatment directly to the abdomen during surgery and is used on cancers of the appendix, colon, lining of the abdominal cavity and in selected cases of the stomach and ovaries that have spread into the abdominal cavity but not outside of it or to other organs.

“My interest lies in the peritoneal surface malignancies,” Winer said, “and that’s dealing with cancers that have spread to the abdominal cavity beyond the organ where they started. We do somewhere around 100 cases a year here at Emory.”

Winer said the lengthy procedure involves several steps. It often takes longer than eight hours and involves multiple surgeons. The first step is slowly removing all the cancer from the abdomen, which can take many hours. “Everything that you can see has to go,” Winer said. “If you can’t get rid of all the disease, then the second step isn’t effective.”

The second step is the delivery of a heated, sterilized chemotherapy solution to the abdomen to penetrate and destroy any remaining microscopic cancer cells. The solution is around 105 degrees Fahrenheit and is circulated throughout the abdomen for an hour and a half before being drained.
Tumor cells are thermosensitive, which means that the heat of the solution helps kill cancer cells at the microscopic level in tandem with the chemotherapy.

The final step involves putting everything back together and closing the incision. “We as surgeons like to do things aggressively and quickly,” Winer said. “This is actually one type of surgery where you have to be patient and take your time. It’s a different type of procedure, and it’s not for everyone. That’s why there are very few places that do it and do it well.” He said the mortality rate for the procedure has dropped from around 10 percent when it was first performed to 2 percent to 4 percent, which is in line with other large inter-abdominal surgeries.

Winer works at the Atlanta Veterans Affairs Medical Center in Decatur and Emory St. Joseph’s Hospital in Sandy Springs. Although he lives just a few blocks from the VA hospital, he said he has spent most of his time lately at St. Joseph’s, which makes it tough to get home to his wife, Michelle, and kids before Shabbat in Atlanta traffic.

“We had no specific ties here in Atlanta, although some of our friends have lived here in the past,” he said. “So we knew a little bit about the community but not much. It was a nice offer from Emory to come down and help build the program here and also build our family. It’s a really nice Jewish community.”