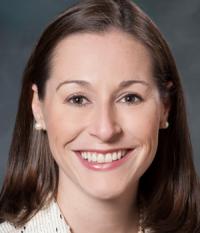 I graduated from the six-year combined BLA-MD program at the University of Missouri – Kansas City in 2005 and completed my general surgery residency through UMKC at Truman Medical Centers and Saint Luke's Hospital in 2010. I am board certified with the American Board of Surgery.

Pursuing an interest in oncology, I completed a two-year fellowship in surgical oncology while also completing a master's in medical science at Ohio State University in June 2012. My primary research interests included the role of miRNA expression profiles in the outcome of resected cholangiocarcinoma and outcomes research in surgical oncology, particularly neuroendocrine tumors.

I am a native of Pittsburg, Kan., and sought to return close to home to practice. I joined Saint Luke's Health System in August 2012 to practice surgical oncology and general surgery. My primary practice locations are Saint Luke's East Hospital and Saint Luke's Hospital on the Plaza. I evaluate new patients at both locations.

I also practice general surgery and emphasize minimally invasive approaches when possible with all patients. I am trained in daVinci robotic-assisted surgery and utilize the daVinci operating system primarily when treating rectal cancer during low anterior resections or abdominoperineal resections. This technology allows a minimally invasive approach for proctectomies, ideally reducing hospital stay and pain while preserving oncologic principles.

In addition, I have an interest in quality and evidence-based medicine. I am a member of the Saint Luke’s Care Surgery evidence-based practice team. My appointment as an assistant clinical professor at the University of Missouri – Kansas City allows me the opportunity to aid in the education of general surgery residents. I actively participate in their conferences, including running resident-focused tumor boards every other month.