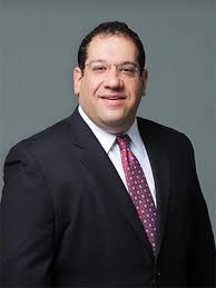 The Peritoneal Surface Malignancy Program
Certain cancers tend to spread to the lining of the abdominal cavity, a condition known as carcinomatosis or peritoneal surface malignancy. Until recently, treatment options could only provide relief from symptoms, with little hope of stopping the disease from recurring. Surgeons can now provide hope for people with peritoneal surface malignancies by combining surgery with a procedure known as Hyperthermic IntraPEritoneal Chemotherapy or HIPEC.

What Cancers can be treated with HIPEC?
Cancer usually starts in one organ and then spreads to the rest of the body through the blood stream or the lymphatic system. However in some patients with cancer, the tumor spread is contained within the abdominal cavity, also called the peritoneal cavity.

What is HIPEC?
Chemotherapy is usually thought of as being given intravenously, however HIPEC delivers chemotherapy directly into the abdominal cavity. Giving chemotherapy straight into the abdomen allows for direct drug/ tumor contact, which increases its efficacy.

Am I a Candidate?
In order for you to benefit from HIPEC, your cancer must be confined to the abdominal cavity. Performing HIPEC will not improve your outcome if you already have cancer spread to other sites such as the brain or the lungs. The most common cancers treatable with HIPEC are colon or rectal cancer, cancer of the appendix, stomach cancer, pseudomyxoma peritonei, peritoneal mesothelioma, and certain other non GI cancers.

How Effective is HIPEC?
The strongest support for the benefit of HIPEC therapy in treating patients with carcinomatosis comes from a randomized trial originally published in 2003 from the Netherlands (References:1). In this trial 105 patients with carcinomatosis from colorectal cancer had either 1) treatment with intravenous chemotherapy alone, or 2) surgical debulking, HIPEC, and then intravenous chemotherapy.